Aishwarya Rai took the wedding oath with Bollywood actor Abhishek Bachchan who is the son of Actor Big B in Mumbai, India. Their marriage engagement was announced on 14th January 2007 by them to the media. After that, Indian TV stations print and electronic media started to give full attention for the wedding event.Everybody expected to watch the wedding in the TV.

Aishwarya Rai and Abhishek Bachchan went in to private wedding ceremony on 20th April 2007. Only Bachchan family members and Aishwarya Rai family members along with selected friends witnessed the wedding ceremony. So far not a single wedding photo was issued by the Aish family to the public, where millions of fans are waiting to see her wedding event.All the wedding photos and video clips came from private people which were taken on that occasion.

In this year 2022 she is still one of the most beautiful woman in the world at her age of 48+. Their darling daughter Aaradhya Bachchan was born on Wednesday, 16th November 2011, in Mumbai, Maharashtra, India. In the meantime her career had involved in the movies like Ponniyin Selvan and Ponniyin Selvan 2.Already she had appeared in more than 15 movies after her wedding.Aiswarya Rai Still Queen.? 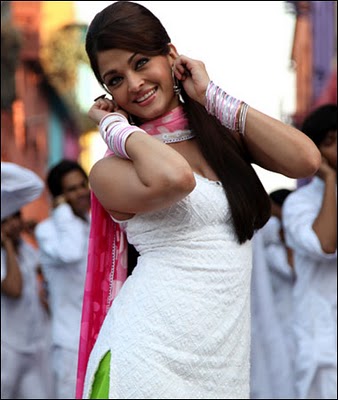 Mean while in 2010 Aish had acted in Raavan, Raavanan, Enthiran, Robot, Action Replay and Guzaarish as heroine. At her this seems to be a big achievement.Aiswarya Rai Still Queen.

Aish is one of the South Indian beauties who became Miss World in 1994 and later walked in to the Indian cinema as heroine in the Tamil movie "Iruvar". Her fame and acting talent took her to be the top rated Indian actress and also to be a regular actress in the Bollywod and occasionally took roles in the Hollywood cinema too.

In 2010 she came to limelight again for her heroine role in the movie Endhiran in Tamil and Robot in Hindi along with Tamil Superstar Rajinikanth. The movie is named as the most expensive movie in the Indian cinema history and it became a success one in the box-office collection all over the world.

Aish is currently doing many more cinema projects in Hindi language. She doesn't have any children and everyone is expecting for the good news from her.